About a month ago, Bethany came down with an ear infection. Because I wanted to keep her off antibiotics as long as possible, I started doing a home remedy that I learned from my sister-in-law (who learned it from her chiropractor).

The recipe for this home remedy is really quite simple: 1 part tea tree oil and 2 parts olive oil. You put five drope in the infected ear and leave it in for 2 minutes. Let the oil drain out on a paper towel. Do this 2 to 3 times per day.

The day after starting the tea tree oil, I began having second thoughts about not taking her to the doctor because she was in so much pain, even with tylenol. I had tried the tea tree oil remedy before, but usually I used it along side antibiotics. Never had I used it with no other medical treatment.

By the time I took her to the doctor 2 days after starting the tea tree old treatment, she was barely in pain. She had a slight infection, and I was told to continue using the tea tree oil. (We have an awesome pediatrician by the way).

Antibiotics are strongly discouraged by Hasbro, where I take my children. Of course, they use them if necessary, but they have a strong opinion that the human body will fight infection on its own. And they were right! Between the tea tree oil and and the body’s natural ability to fight infection, Bethany’s ear healed just fine with no antibiotics. The next week, Anna got an infection, and the tea tree oil worked for her, too.

Here are a few links about tea tree oil that you might find interesting:

A few weeks ago after one of our many snow storms, Luke went out on a Sunday morning to shovel the driveway.

Since we were having a fellowship at church, we were taking more stuff to church than usual. Because it is harder to shovel once you have walked on the snow, Luke always shovels and then comes back for any stuff that needs to go to the van.

That particular morning, I decided to be helpful by suggesting to Luke that he take some stuff and leave it just inside the apartment door to save him a trip (and time) later. I thought it was a good idea, and evidently he did too, because he took my suggestion.

While Luke was shoveling, I got a call from the pastor telling us church was canceled. So, we had Sunday school at home and ate lunch, like we have in the past when we’ve been snowed in on a Sunday. Later, on the way down to the basement, I found a note just outside the door that read, “Thanks for the playpen.” Huh? What playpen? Then it dawned on me.

When took the playpen down using the back door on his way to shovel. When he was done shoveling, he came in the front door, but since church was canceled, we never finished loading the van. Guess where we left the playpen? Right outside the downstairs neighbors’ door! Neither one of us had thought to bring it back in! Oops!

I am eventually going to tell you the outcome of this story, but I would like to know your thoughts first. What would you do if you were wearing my shoes? (And please don’t say that you would take a boat ride or hold your nose). 😀

We had store bought cake for Candice’s first birthday a few weeks back. When I got home I remembered that Phillip can’t eat cake unless I make it special for him. I know. He’s five. I have been dealing with this allergy for 4 years. Yes, I forgot. 🙁

Anyway, we decided to give him smores instead (with very dark chocolate with no milk). I think the pictures are proof that he thoroughly enjoyed his special treat! By the way, doesn’t he look cute with a mustache and beard? 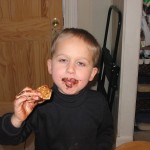 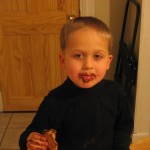 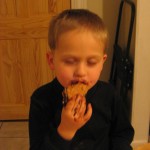 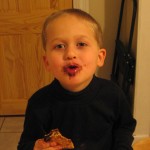 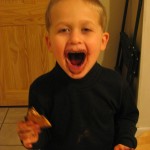 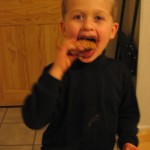 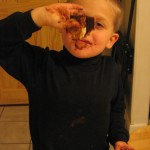 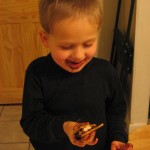 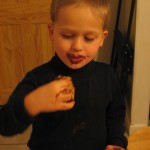 Peter has learned how to get away with playing with his food. Ever heard of a love sandwich?

Candice seems to enjoy peek-a-boo more than any of our kids did at that age. Here are a few pictures I took of her playing peek-a-boo with her birthday card. 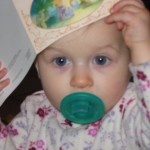 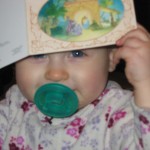 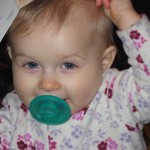 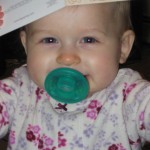 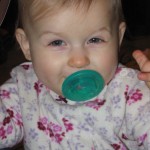 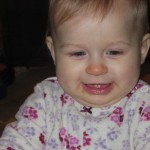 Luke took a video of Bethany feeding Candice that I just had to share, even though not much feeding happens. After giving Candice one bite, Bethany stands there looking from the camera to Candice. The quietness is amazing, and the expressions shared between them are so cute!

Ever try to choose a favorite post within a 30 day period? I did it 12 times! Wanna know why?

Roburt Hruzek over at Middle Zone Musings (thus the title of my post) hosted this blogapolooza for the  month of January, and today was my day to be featured. It is basically my list of 12 favorite posts of 2008 (one per month) and a brief description of each!

Head on over and take a look. If you get a bit distracted by the posts of others besides me, that is okay (provided you DO eventually look at mine)! 😀 By the way, if you’re quick, you can get in on this year’s blogapalooza! But you better hurry! Tomorrow is the deadline!

I posted a picture previously of a large icicle that formed outside our house. Now that a month has passed, I guess it is high time I tell you a little more about that miniature ice tower.

The snow only stayed on the ground a few days, and then the temperature went up into the 50’s. As the snow melted, this humongous icicle formed just outside our living room window.

After it had been there about a day, it dawned on me that it might hurt just a little bit if it fell on a person’s head, so I decided that it had to be knocked off (the icicle, that is). Since it was located outside our 2nd story living room widow, I opened the window from the top and stood on our couch with a bat in hand. Scared yet?

With an icicle that big, I knew I would have to hit it pretty hard to knock it down, but I decided to give it a little tap to see just how firmly it was attached. Amazingly my small tap brought the entire icicle down from the very top where it was attached to the roof! It was so loosely attached that a good wind would have brought it down!

When I went outside to check it out, there was one chunk about as big as my head! And I will be the first to admit, that is pretty BIG!! 😀

The Roe v. Wade decision held that a woman, with her doctor, could choose abortion in earlier months of pregnancy without restriction, and with restrictions in later months, based on the right to privacy.

I know that I have a diverse group of readers, and some of you may be thinking, “Not abortion again. Do I really need to read this?” Stick around, so that, when I ask you if you did your homework, you can raise your hand. 😀

I have come across a site that explains things in a way I have never heard.  Abort73.com* is an organization that

exists to demonstrate the simple truth that unborn human beings are fully qualified to be recognized as persons under the law and be protected from any assault that might befall them.

The video below can be found on their site, so you get a choice. Are you going to watch it here or there? Regardless of where you choose to watch, please help get the word out about abort73.com.

*This site contains some pictures that might turn your stomach, but only if you click on the “pictures that demonstrate” link.