Our church is going to have a baptism service soon. Since Peter became a Christian last year, he and I got into a conversation about whether he wants to be baptized at the service.

Peter has not liked having water in his eyes and/or ears since he was a baby. When he goes swimming, he comes out with a dry head because he would never choose to put his head under water. So, with that in mind, here is how our most recent baptism conversation went.

Peter: Mom, isn’t it almost the day for the baptism?

Me: Yes. Do you want to get baptized Sunday?

Peter: Yes! But Mom, do I really have to put my head under water?

Me (with demonstration): Yes. The pastor takes you under and then brings you right back up.

Peter: Does he want me to be baptized?

Me: I think that would make him very happy.

Peter: Well, if it will make Jesus happy, then I will do it.

The baptism was scheduled to be tomorrow, but since there are so many children in the church interested in being baptized, the pastor decided to do a class on Wednesday explaining what baptism is and why people get baptized. So, the baptism will be in 2 weeks. We are not sure if Peter will go through with it this time. We are not pushing him to do it before he is ready, but we do hope he will be baptized (and understand the meaning behind it) in the near future. 🙂

Candice has been playing with her toys long enough to be tired of them. I have resorted to giving her jar lids, spoons, and bowls to play with because they are new to her! 🙂 Here is a video of her newest toy discovery.

On the Fourth of July, we went to the 224th Annual Independence Day Parade in Bristol! I did not know until I got there that it is the oldest parade in America! We all had a blast with YeYe and Nei Nei and their French friends. It was fun having conversations with a mix of French, American, and Chinese! We thoroughly enjoyed ourselves.

The Brunneaux house was one like I’ve only seen in movies. It was a huge 2 story house with a double parlor and a lot of open space. They had a fenced in backyard that had a gate leading out to the beach and the bay behind their house! And as we were leaving, I received my very first true French kiss. 😉

Here are some pictures from our Independence Day 2008 celebration. 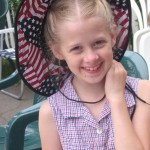 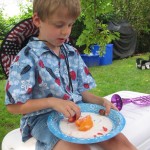 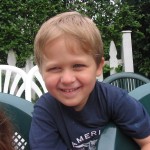 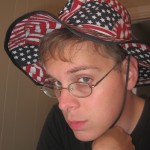 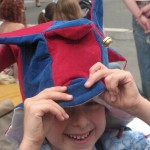 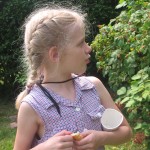 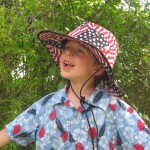 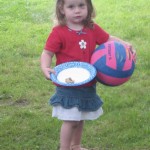 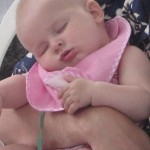 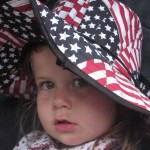 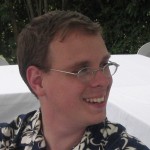 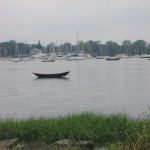 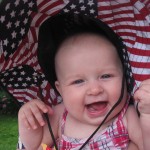 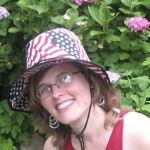 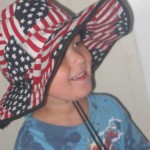 Anna has been old enough for a while to help out around the house, but the part that is relatively new is that she is old enough to help out with the younger kids. Last week she got Candice to sleep all on her on for the first time. I asked her if she was tired of holding her, and she very quickly said, “no!” After about 20 or 30 minutes, she said she wasn’t tired, but she wanted to go play now. 🙂

Here are the pictures I took!

Here is a summary of how my week has begun:

Yesterday after Chinese lessons, I came home to a very hot house and a not so cold refrigerator. Our electricity had been turned off because the bill had supposedly not been paid. Because our utilities are paid by the landlord, and I could not get in touch with him, we packed up our food and clothes, and headed to a friend’s house for the night. They fed us and took good care of us. The electricity issue turned out to be a misunderstanding with the electric company, and the electricity was restored that evening.

Today, Luke needed to go to the bank, but I offered to go for him since I needed to go to the grocery store anyway. Just before I left the house, I gave my phone a bath in the toilet….and almost flushed it. So, I headed out with Luke’s phone so I could at least email him if necessary. My phone replacement would be an issue for another day.

On the way to the bank, I witnessed a fender bender wreck. It was such a small wreck that I heard no crash and was not even aware that they hit each other until they pulled over as I was passing by. I felt obligated to go back and be their eyewitness, but there was one small problem. I had accidentally taken a road that went straight onto an unfamiliar highway. I had to exit onto another highway and then exit again to turn around and go back. I actually found my way back with no problems and arrived in time to see the police officer pull up to the scene of the accident. It was tempting not to stop because it required taking that same exit that caused the accidental detour in the first place!

When I got to the bank, I had a baby, a 2 year old, and no stroller – because I had taken it out to fit our cooler in the van the day before. The only bank still open was in a mall, so I stuffed my pockets with all the necessary stuff to make a deposit, put C in my baby front carrier, and let B walk. Fortunately, I had accidentally parked close to a bank I had never been to within a mall that I’ve only been to twice. After a walk through the mall at a 2 year old’s pace, carrying the weight of a 16 pound baby on my shoulders, I was glad to sit down in the van. And somehow the shopping trip at the grocery store seemed like a breeze!! I even got a good shopping cart! 🙂

As I was typing the events of the last 2 days, I realized that there were a lot of good parts to balance the hectic. So here is a list of the good things:

Now that I see how well the good parts of the day balanced the bad, I think I am prepared to take on tomorrow! God is good, isn’t He?