Actually we had found what I have named “Siamese bananas” It was 2 bananas joined together. When peter asked if he could eat it, I told him he could eventually, but not before I got pictures. 🙂

After I took pictures, I opened the banana for Peter to eat. Inside we found a regular size banana and a smaller bananas in one really big peel! So, he did what any nice 6YO boy would do and gave his brother the smaller banana! 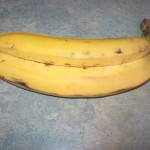 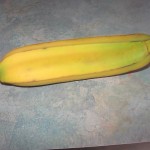 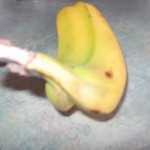 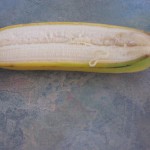 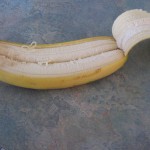